Trunkmonkey Racing will be competing at Engraving Awards and Gifts Rallycross in Stafford Springs, CT on Saturday, January 28. Be sure to keep an eye out for the Trunkmonkey Pink Impreza! Hopefully we’ll have better luck with our axles than last time.

Thanks to all who turned out for the annual meeting and congrats to all the trophy winners. Seems like everyone had a blast.

Kathy Beliveau was presented with a thank you gift of a two night stay at the Wayside Inn which is nestled between Bretton Woods and Cannon mountain. Beyond the local skiing, she’ll be treated to a whirlpool bath, champagne, flowers and complimentary meals. Rumor is she is even considering letting Scott come along. 😉

Kathy Moody won the Chairman’s award for all her support of the RallyX program. I think we all agree that this award is *very* well deserved. Thank you Kathy for working so hard to make sure the rest of us can have fun.

Joe Moody was again recognized as the worker of the year for 2005. I think we need to try and make 2006 the year that Joe reaps the rewards of all his hard work by coming out and spanking the dirt with the rest of us. Rumor is some guy who was downing way too much Tequila offered Joe a co-drive in an STi at the Stafford event.

Over the weekend the subject of Tim Chevalier winning at Nationals was a repeated topic of conversation. Many commented that Tim was the guy to beat, right up till a bunch of us watched his son Ryan hand him his butt multiple times playing Richard Burns rally. While Ryan is only nine, its now obvious where Dad has been getting all of his RallyX driving pointers. Be afraid when this kid gets a license and starts turning out for events. 😉

Don’t forget that Stafford is in less than two weeks! WAHOOO! If you have not pre-registered yet, get it in now.

The RallyX committee met over the weekend to hammer out the rules for 2006. I’ll let Scott announce what was decided, but I want to drive home a couple of points before the banter starts:

So what we have is not that different from what Scott posted to the list earlier, but its the best we can do. Please review the rules when posted and be ready to class your car at Stafford. If anyone needs help, please feel free to drop me an e-mail.

Rumor is SpeedTV will not longer be carrying WRC. This is based on comments from Speed employees as well as the fact that Monte Carlo is next weekend and it does not show up in Speed’s TV listings. For those who will go through nasty withdrawals (like myself), you can subscribe
to a live feed.

If you have A/V outputs on your computer, you can even continue to watch it on a TV the same as you always have. The difference is you’ll get a lot more vid and commentary with less commercials. 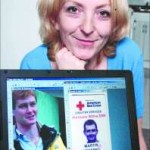 “Trunk monkey” can’t enter U.S., fiance may not be allowed in Canada after border arrest

An Amherst woman who got caught trying to sneak across the U.S. border in the trunk of her American fiance’s sports car says the couple, who met online, will find a way to spend their lives together despite any legal obstacles.

Dora Arlene Sauveur, 36, was arrested July 19 at the border crossing at Houlton, Maine, and served 23 days in a county jail at Bangor, Maine. Her friends started calling her “trunk monkey” and “suitcase” after her arrest.

Ms. Sauveur is banned from visiting the United States for 20 years and Mr. Crossno is now a convicted felon and might not be allowed to visit Canada.

Ms. Sauveur said the couple will find a way to be together, even if it means moving to France or Mexico or living in tents across from each other at the Canada-U.S. border.

“I’m sure we’re going to figure something out,” she said. “We’re getting married.”

She said Mr. Crossno has written to Oprah Winfrey and hopes to win the American TV talk show host’s support or appear on her program.

Ms. Sauveur and Mr. Crossno, who had clean records at the time of their arrest, last saw each other in court the next day. They had spent the night in adjoining cells but couldn’t see each other.

“We could talk to each other,” Ms. Sauveur said from her home Monday.

When they were being transferred — in shackles and handcuffs — from the jail to the courthouse, their paths crossed and Ms. Sauveur defied the guards’ orders against personal contact and quickly gave Mr. Crossno a kiss.

Since then, the pair have mostly communicated the way they met — over the Internet.

Ms. Sauveur, who referred to herself as a “crazy Newfie,” had been married to Doug Sauveur of Amherst for nine years. They had two sons, now ages nine and six, but split in July 2003.

She met a different South Carolina man, Todd Mumford, 33, on the Internet in May 2004, went to visit him and ended up moving in with his parents.

She briefly returned to Canada and went back to Mr. Mumford’s parents’ house in August 2004. Her relationship with Mr. Mumford ended a few months later but she continued to stay with his parents and met Mr. Crossno last April.

She hit it off with the computer expert, whom she said hadn’t had a girlfriend for about eight years.

“We went hiking and we both clicked,” she said. “We just talked to each other all the time and we just grew more fond of each other.”

She started the application process for American citizenship, met Mr. Crossno’s parents and took him to Canada to meet her family in July.

The couple set out to drive back to South Carolina on July 14 but got stopped at the border. Ms. Sauveur had her sons with her and was asked to talk to a border official. She had all the necessary paperwork and her ex-husband’s permission to take the kids, who were on summer vacation, but a border officer said she had violated her six-month visa on her previous visit to the U.S.

She was denied entry to the country for five years. But with work as a graphic designer awaiting her in South Carolina, she decided to sneak into the country. Although she had a global positioning system device and contemplated running through the woods, she and Mr. Crossno decided she’d hide in the trunk of his car.

“To think back now, it was kind of stupid,” she said.

She said her jail time involved lots of boredom and horrible food.

After her release, she returned to Amherst and started working at Wal-Mart, a job she will leave next week to work for TeleTech, a call centre company.

She isn’t religious, but she said his recent conversion won’t be a problem for them.

To communicate during their time apart, Ms. Sauveur bought a laptop to send instant messages and she also foots the bill for pricey, international, convict-to-civilian phone calls. She said they’ve spoken to each other for up to a half-hour at $5 a minute.

She said her family and friends are supportive, even though some tease her, but Mr. Crossno’s family is somewhat shocked by all that has happened.

Ms. Sauveur thinks her ban from the U.S. is “awful mean” and too long.

“It’s kind of crazy to ban someone for 20 years,” she said. “If I had a trunk full of drugs or a trunk full of guns or a bunch of Mexicans stuffed in the trunk, it’d be different, but I don’t think we did it in such a mean way that that’s the punishment we should put up with.”

Jennifer Morrison, a spokeswoman for the Canada Border Services Agency, said: “If you have a criminal record, then right off the bat you’re inadmissible to Canada, (but) there are some exceptions.”

She said such people have two options — apply for permission at a consulate outside Canada or speak to an officer on arrival at the border.

“It’s their decision to make and they take all the factors into consideration,” Ms. Morrison said.

“It really depends on the situation.”

She wouldn’t speculate on Mr. Crossno’s chances of entering Canada but said a felony conviction always remains on a person’s record.

Despite all the difficulties they’ve been through, Ms. Sauveur said she would do it all over again to be with her man.

After the past year of fighting with alignments and rounding off some bolts after replacing a snapped axle we finally took care of replacing and antiseizeing all the trailing link bolts. Brian opened up one of the garage bays at Exeter Subaru this morning, got the Trunkmonkey Pink Impreza up on the lift, and helped out with the repairs. It also gave us a chance to inspect the car for post-Maine Forest Rally damage, untwist the steering boots, and repaint some crusty underbody bits.

FOR IMMEDIATE RELEASE, NASHUA, NH (01/02/2006): Trunkmonkey Racing co-driver Andrew “Kha0S/kz” Hobgood reportedly popped the question on New Year’s Day to Sabrina “sabominator” Vollers, the team’s crew chief. In typical fashion, he first presented her with a tool bag full of Christmas gifts including 1/4″ and 3/8″ drive socket sets, extensions, and combo ratcheting/open-ended wrenches in the most frequently needed metric sizes for her 1993 Nissan Sentra. Said Sabrina, “I had no idea I was getting anything other than the tools! I guess this means they’re his now too!”

Slightly hung over from the previous evening’s festivities, the pair, along with fellow Trunkmonkeys James “macdaddy” Mackey and Nick “rabbitnutz” Rabchenuk, celebrated their engagement with some rare meats at the Outback in Tyngsboro. Said Andrew, “we figured out that if she ever gets tired of the ring, the 17mm ratcheting box fits nicely!”

The couple have no date set yet, but forecast a beach party wedding sometime next Summer with ample amounts of free beer.

For more information, please contact the happy couple at: