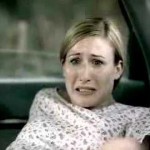 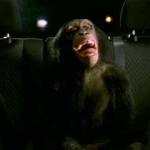 Those that have chosen to make their living amid the mayhem and random murder of post-invasion Iraq call it the BIAP-dash. It is the journey to Baghdad international airport, along the most dangerous highway in the world. Three British Shia pilgrims travelled it this week and paid with their lives when their minibus was ambushed. For the growing number of Britons working in Iraq’s burgeoning security industry, escorting diplomats, politicians and senior executives along it is the job they relish the least.

“There is always something going on,” said Jason, a former elite British soldier who works on personal security detail for a major engineering company there. “It could be an improvised explosive device by the side of the road, people taking pot shots at you or a truck loaded with explosives trying to ram you. The danger is there all the time.”

Those who have worked in Iraq are unmoved by the so-called “trophy” film captured on the airport road that emerged this week. Apparently taken from an unofficial website run by former employees of Aegis Defence Systems, the firm owned by Colonel Tim Spicer, the film shows a private security convoy shooting at what appears to be a civilian vehicle.

For the convoys, firing on vehicles that threaten the safety of their clients is the final sanction in a standard operating procedure drilled into them during weeks of intensive training. Andy, who trains security staff specifically to work in Iraq, said: “Our guys are trained to shoot if required. These local vehicles can be acting with bravado or they can be probing, planning a later attack. They are all perfectly aware that they must stay back. If they don’t they are dicing with death – they know that.”

According to Jason, the rear gunner, or trunk monkey that accompanies each convoy, moves through a special procedure to warn off unwanted motorists. “If they ignore the Arabic warning signs, we use a hand signal, then if they persist we fire a warning flare. If that doesn’t work it’s a bullet to the radiator, then the engine block. As a last resort, we’ll shoot the driver.”

The footage, which has been circulated among security personnel on e-mail for some months, has prompted fury from British politicians. The Conservatives even compared it to the scenes captured at the notorious Abu Ghraib jail. Critics of the private security firms say they are maverick forces, unregulated and operating beyond the law. Iraqi security sources say that as many as 60 civilians have been killed in similar shootings.

Aegis Defence Systems won a $150m (£86m) contract to provide security services to the US military last year. The company said it has set up a “formal board of inquiry” to investigate the matter. However, it refused to comment on allegations, which surfaced on the internet yesterday, that the man responsible for one of the shooting incidents was a South African employee of the company who worked out of the company’s Victory headquarters. It was claimed that attempts to sack him had failed after his convoy threatened to quit. Despite the dangers, security jobs in Iraq are vastly oversubscribed. A typical eight-week posting can see staff come home with up to $30,000 (£17,000) tax-free. There has been a boom in training courses that teach potential applicants everything from the use of firearms, to battlefield first aid and defensive driving techniques. There are even Ministry of Defence grants to help ex-soldiers retrain. A typical five-week course to operate in a level-five hostile environment – London is ranked level one – lasts five weeks and costs £4,000.

Jason insists the training is rigorous and firms stringently enforce discipline. Every time a firearm is discharged, staff must account for the ammunition. “This is no place for rampant egos or wannabe Rambos,” he said. “The insurgents are becoming better trained, their technology is improving and their weapons are becoming more sophisticated all the time.”

Andy agrees: “Egos are what get people killed. That is what we try to get across to the guys. The terrorists are not stupid. They are making their own videos and are doing their own training. They are well trained and well motivated. Our guys are on the job 24 hours a day, seven days a week, and you cannot relax, not ever.”

Jason added: “After a contract out there you are exhausted but no one is forced to be out there. We are not mercenaries but protection work can be boring in Britain. Out there, it is never dull.”